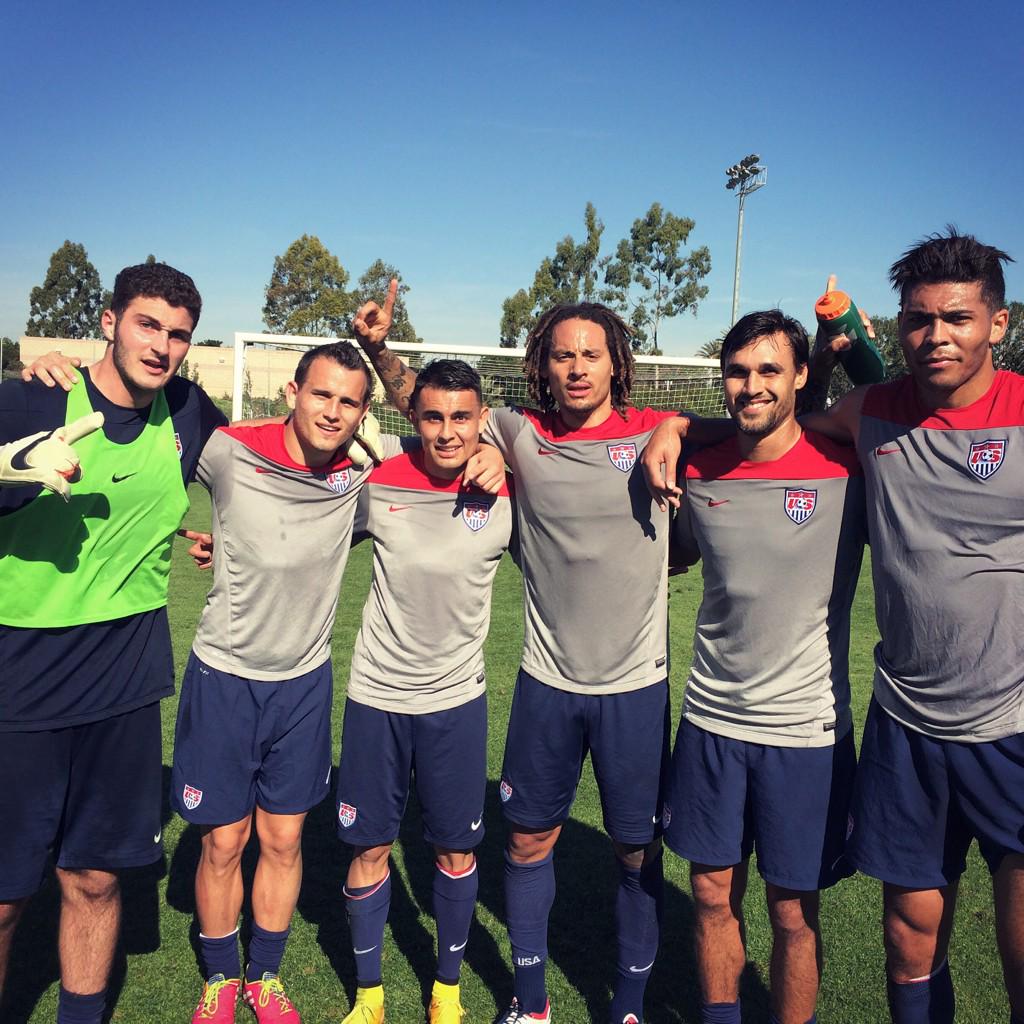 CHICAGO – Syracuse University goalie Alex Bono was named to the 28-player U.S. Men's National Team training camp roster on Friday, Jan. 9 by Team USA head coach Jurgen Klinsmann. Bono is one of four goalkeepers who have been called to Carson, Calif. for the camp, which runs from Jan. 12 to Feb. 8.
It's been a whirlwind 48 hours for Bono, who is in St. Louis for tonight's Hermann Trophy presentation. Bono, UCLA'S Leo Stolz and North Carolina's Andy Craven are the three finalists for the award, which honors the player of the year in college soccer.

Yesterday, it was announced that Bono had accepted a Generation adidas contract offer from Major League Soccer (MLS) and that the Baldwinsville, N.Y. native will forgo his senior season at Syracuse to enter next week's MLS SuperDraft.

Now, Bono will train with some of the most accomplished players in the world. The list of camp invitees feature seven members of last year's FIFA World Cup roster, including U.S. captain Clint Dempsey, Jermaine Jones and Michael Bradley.

"The prize in 2015 for the senior national team is the Gold Cup and this camp will give a lot of our players a chance to kick-start their preparations for an important year," Klinsmann said. "We also get an opportunity to introduce the next wave of young players into the program, and in particular work with many of our Olympic-age guys as they build toward qualifying for the 2016 Olympics in Rio."

The camp will be conducted across two continents. After 12 days in California, the team will head to Santiago, Chile for training from Jan. 25-29 as it prepares for its first friendly of the year against fellow 2014 World Cup side Chile on Wednesday, Jan. 28 at Estadio El Teniente in Rancagua.

Following its match in Chile, the team returns to the U.S. for the remainder of the camp, which culminates with a friendly against Panama on Feb. 8 in Carson. Kickoff at the StubHub Center is set for 4 p.m. ET, and the match will be broadcast live on ESPN.

At Syracuse, Bono posted a 39-17-3 record in 59 starts from 2012-14 and led the Orange to two NCAA Tournament appearances. He ranks in the top 10 in every career goalkeeping category and he is the program's career leader in goals-against average (0.80).

In 2014, Bono set the school single-season records for goals-against average (0.55), shutouts (12) and minutes played (1,949) to lead the Orange to a share of the ACC Atlantic Division title and an appearance in the NCAA's Round of 16.